"an attitude of mind" exhibition 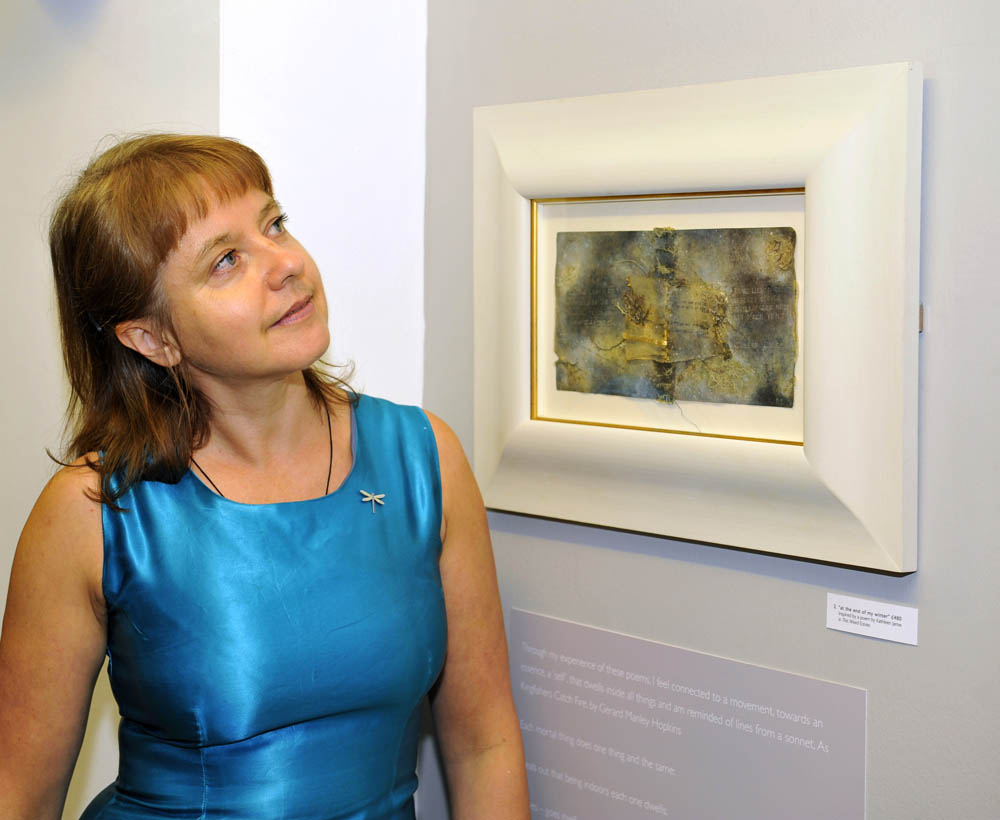 To mark the inauguration of poet, Kathleen Jamie, as Professor of Creative Writing at the University of Stirling, an exhibition of work resulting from our collaboration was opened at The Pathfoot Foyer Gallery, on Tuesday 12th October, 2010.

Jamie's writing has been described by Richard Mabey, author of Flora Britannica, as being "as close as writing gets to a conversation with the natural world"and we would appear to share as a mutual concern an investigation into finding ways of dwelling, that seek to explore our interconnectedness, as much with each other as with the natural world:

where we've knocked together
of planks and packing chests
a dwelling of sorts; a gall
we've asked the tree to carry
of its own dead, and every spring
to drape in leaf and blossom, like a pall.

As my own 'felt sense' responds to the sensuality of her language, I expresses what I feel through the media of painting, collage and three dimensional construction, as 'Poem-Houses'. I am creating a Gallery called "New Work" which I aim to keep updated regularly and where you will soon find images of this new body of work.